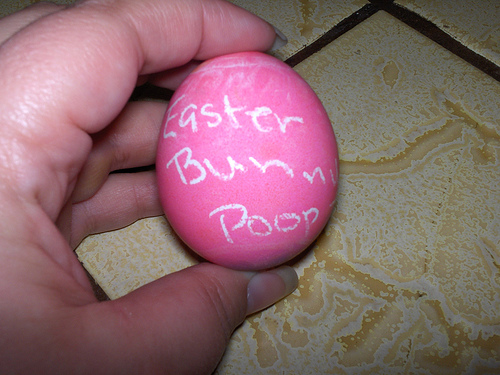 Did you know that easter actually isn’t about a giant bunny breaking into people’s houses and shitting colorful candy filled eggs in hard to find places?  Me neither, but I guess it’s some big religious thing where a guy died and became a zombie and gave chocolate out or something. But because of this holy week the Interfaith groups of the church want you to unplug all your tech(so get fired from work) and instead have more personal interactive time with people. So Im going to not go on here anymore and instead take a half day flight to london so I can tell my buddy Rincewind that I found a cool looking piece of toast, yep that’ll just about finish my week. The group is pretty serious about it too, they even have a list of the top one hundred things you can do instead of playing on your gadgets (#1 being listen to the radio which is clearly a self-defeating item for their proposal). I don’t know about you but Im gonna pretend like I misheard them and thought they wanted me to gobble up all the Cadbury eggs in Wal-Mart.

20 Apr This entry was written by CatastroFUCK and published on April 20, 2011 at 12:30 PM. It’s filed under WTF and tagged chocolate, Easter bunny!, face for radio, fires in the streets of London, it's not so cute when they shit all over your rug, zombie-christ. Bookmark the permalink. Follow any comments here with the RSS feed for this post.