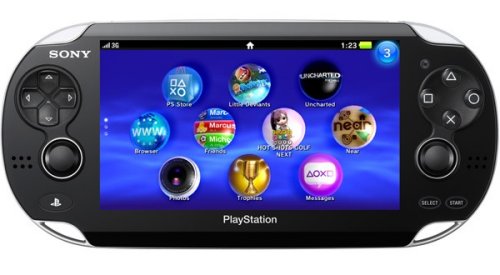 Sony’s successor to their portable gaming throne, the NGP, has had quite the hype surrounding it. The peak of this mountain of rumors was a viral infection of a quote stating that the NGP would have PS3’s graphics stuffed into a small tight little body. But as I previously predicted, It’s not really true. The NGP will have a Quad core processor (fapfapfap) but it wont be at full speed because that would make the handheld go all splody in you palms. “totally worth it” yeah I know but Sony is all pissy about the hordes of handless lawsuits and wont release it as such. Still gonna be a kick ass system and a definite buy for anyone wanting to rock a seriously powerful handheld. Now I love my PSP (hacked to oblivion) its been with me thru some serious shit, but I’ll drop it in a second to upgrade to a quad-core. *more fapage*

03 Mar This entry was written by CatastroFUCK and published on March 3, 2011 at 10:29 AM. It’s filed under Awesome, Games, Gear and tagged a real powerhouse, fapfapfap, kick ass, NGP, ps3, PSP, Quad-core, Sony. Bookmark the permalink. Follow any comments here with the RSS feed for this post.