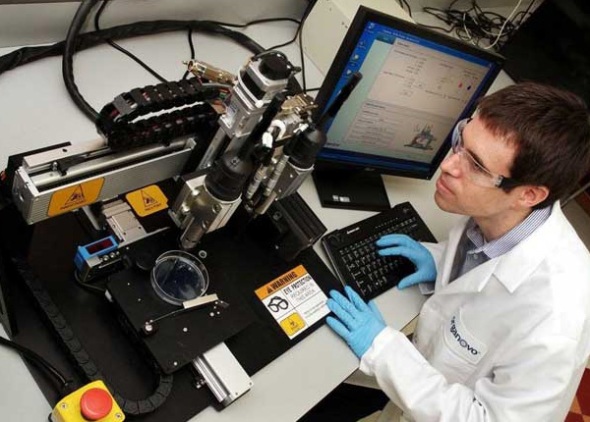 Remember that amazing food printer I wrote about a few days ago? well take all that awesomeness and then let creepy rape it a bit and you’ll get the people printer. Now it obviously doesn’t print people, but it does print people parts. Specifically mentioned are kidneys. It can take the cell tissue of a patient and like any other 3D printer build a real world solid object, in this case a kidney. Now the point of the donor tissue is that when that freshly constructed organ gets put into the patients body it wont be treated like a foreign entity, which means no rejection. Now there’s no need to grab your pitchfork and torches just yet, this isn’t a successful Frankenstein project, just a proposal. But It’s damn close, so I have personally sent him a letter requesting a main priority change to also include livers as mine has been screaming at me for months now.

04 Mar This entry was written by CatastroFUCK and published on March 4, 2011 at 8:30 PM. It’s filed under Awesome, Tech and tagged 3D creation, amazing tech, creepy, i want a drink, medical masterpiece, need a tissue?, organ failure, rape, so many discoveries!. Bookmark the permalink. Follow any comments here with the RSS feed for this post.