I feel all floaty: balloon house

National Geographic decided to make a house fly. Why? I don’t know, cuz they’re National Geographic. They need something other than naked aborigines to sell their magazine. Here’s some details I stole off a site that stole them off another site, because neither of us wanted to read NG to find out about it.

“National Geographic Channel and a team of scientists, engineers, and two world-class balloon pilots successfully launched a 16′ X 16′ house 18′ tall with 300 8′ colored weather balloons from a private airfield east of Los Angeles, and set a new world record for the largest balloon cluster flight ever attempted. The entire experimental aircraft was more than 10 stories high, reached an altitude of over 10,000 feet, and flew for approximately one hour.”

Wow it was in the air almost as long as I was when I did the Pole vault with my “special purpose”. 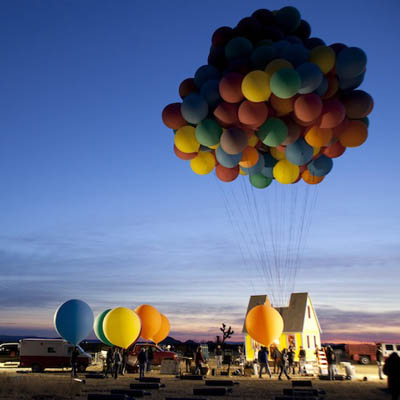 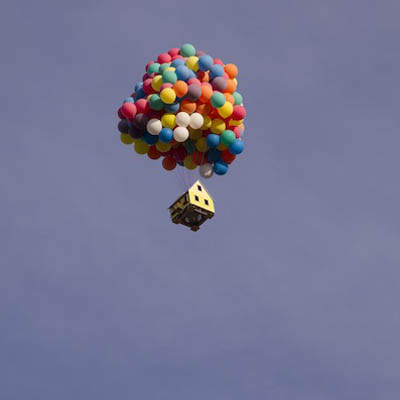 07 Mar This entry was written by CatastroFUCK and published on March 7, 2011 at 2:50 PM. It’s filed under Awesome and tagged balloooons!, cheap post, geographical, getting high, house party, Mila Kunis I love you, take me!. Bookmark the permalink. Follow any comments here with the RSS feed for this post.

Older: Want a better memory? let me stick you with this T-Virus
Newer: double draGUN