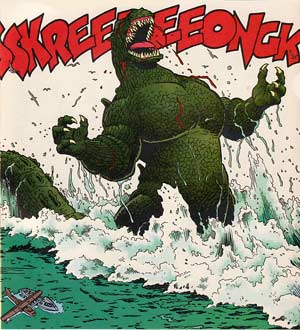 Hi everybody!, been a long time…it’s sure does go by quick when your locked up and have to attend a state mandated anger management and alcohol abuse courses (falsehood btw, it totally doesn’t).

So anyway I really havent had much time to investigate into a bigger story I was working on for you guys so I decided to put up a little something for you to remind you that I was once the fruit of your life. Now then, kitten porn…..wait wait no…wrong conversation…Japan (yeah I know close enough) has discovered some new shiny formations in their oceans and we are at least 70% sure it’s not left over from the nuclear meltdown or the strategic decommissioning of their robot overlord droids. It seems that the little buggers have found some 100 billion tons of rare earth metals in the Pacific seabed, which means they totally have enough to do a life-size recreation of all the Gundam series. Just how much is 100 billion tons in comparison to world control? well the current world reserve for the specific minerals found (tantalum and yttrium….yeah I thought “rare earth metal” was a shitty mineral name too) is roughly around 110 million tons. So that’s like 10…20….carry the one…over the ….a whole crap box more! Thats a pretty serious game changer as these minerals are used in alot of advance tech like flat screen monitors and smartphones and penis enlargement pills, which could seriously draw in some much-needed revenue toward Japan from china whom is the current largest share holder (to be fair they are only the largest yttrium provider as wiki tells me Australia is the largest tantalum miners…so good on ya mates). Heres a little background on tantalum and yttrium:

So there you have it, Japan finally scores a break and maybe, just maybe, I wont steal all of it with my submarines, evil kitty, and excessively long monologues. Now go! I must practice the art of mineral snatching on Minecraft. AAAHHH FIRE!!!

05 Jul This entry was written by CatastroFUCK and published on July 5, 2011 at 9:56 PM. It’s filed under Awesome, Tech and tagged big words, Gundam, japan, MineCraft, shiny, smarty pants, so many discoveries!, things that glisten distract me. Bookmark the permalink. Follow any comments here with the RSS feed for this post.

Older: What makes you so cross
Newer: Kal-El chip brings a side kick