Kal-El chip brings a side kick 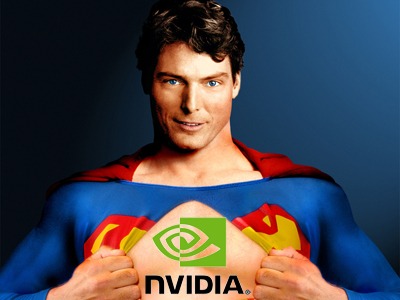 Helllooooo everybody!!! Ive missed you so. Unfortunately I am not here to triumphantly slash and burn the foresty glen that is the internet(it’s where all the tubes lead too), but I did read(pronounced:skim thru) and article that got me all tingly in the nuts, and this time Im more than sure it’s not VD. You guys remember the Kal-El chipset that Nvidia ha been working on right? you know the four core one? it’s the number of processors….it computes…well..you know what just look the damn thing up!!!. Well back then it was announced as a quad-core processor for mobile applications and it still is. However there is a little buttery biscuits of joy buried along with it, the super-processor has a little companion cube tagging along for the ride. They dub it the “companion core” (thus my slick use of a Portal reference) and it’s purpose is to be the slightly less drunkard wing-man of the other four cores. So for those of you that havent been digitally smacked in the brain by this…IT’S A FIFTH FRIGGIN CORE!!! It drives the rest of the cores home safely at night after they have puked every where and gotten tossed out of the club. really tho look:

Nvidia calls its approach “variable symmetric multiprocessing” and says it lets Kal-El devices use the minimum amount of power necessary for all tasks, conserving battery life.
The trick is based on the four main cores and the “companion” core being based on different silicon processes, Nvidia says. CPUs based on low-power process technologies run very efficiently at slow speeds…

…The companion core is based on a low-power process and handles all tasks suitable for a single core running at under 500 MHz, Nvidia says. That includes cell standby, checking email, and music and video playback. (In Nvidia’s design, music and video are mostly processed by separate hardware decoders that aren’t part of the CPU.)
When more power is needed, the companion core shuts off and the main cores kick in: first one, then two, then four. Nvidia offers Web browsing as an example of a single-core application, Flash and video chat as dual-core applications, and high-end gaming and “media processing” for quad-core use.

Alright so basically its more like a 4.5 core processor, but it’s still pretty damn cool and I will buy them all…just like Pokemon or those little miniature hotdogs. If you didn’t read all of that I don’t blame you, I despise you but don’t blame you. Awww who am I kidding I love you like a lost little college co-ed girl full of booze, so I’ll give you a sum up. Basically what happens with this is its gonna extend your battery life and keep the efficiency on the cores higher than usual. See powerful processors are very efficient at high speeds, but use a lot of power to maintain a low-speed. The opposite is true with low power processors. So the companion core is a low powered processor that does all of the little tasks for the big brother cores, such as email retrieval, stand-by mode, music playing, and other things other this nature. But when the power-hungry (graphically intense or heavy resource programs) come to play the companion core steps back and lets his more sturdy counter-parts take care of business…kinda like a group of ninjas coming to the aid of a shitty ninja being picked on in school, or me getting all the ladies. I personally cant wait to get my hands on one of these bad boys, but there is also a possible kryptonite in the form of Qualcomm’s 2.5Ghz, quad-core APQ8064 that could be released next year(Kal-El being a 1Ghz, could be an issue). But who knows maybe by then Wayne will be out and it’ll batarang the shit out of that bully!!! *goes of into an imaginary world and makes comic book sound effects with his mouth*

20 Sep This entry was written by CatastroFUCK and published on September 20, 2011 at 5:59 PM. It’s filed under Gear and tagged efficiency is key...and we are locked out, going green, I always sucked at hide and seek, Kal-El, more power!!!!, Nvidia, secret stuff!, super mans real name!, visually appealing. Bookmark the permalink. Follow any comments here with the RSS feed for this post.

8 thoughts on “Kal-El chip brings a side kick”