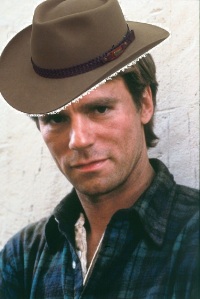 So I was charged last night by   benevolent web-legend CatastroFuck with updating the site, since he and KinderGarden Cop, aka the only other sods who write for this outfit, had consumed their own weight in Turkey like the fat Americans they clearly are. So it was a little quiet here over Thanksgiving, mostly because I was honestly lost for words at what I could write about. So I’m calling it, LITERALLY nothing happened in the world yesterday. Its official. 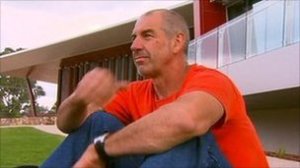 Today, however, is different. You see this Australian chap? His name is Peter Fabrici and he’s a boss. Why? Because he’s basically the Australian McGyver. Right now, across Australia’s Southwest, a series of Bush fires have been threating towns near to the Leeuwin-Naturaliste National Park, since Wednesday. As the flames approached the town of Margaret River, the people fled, all except Peter Fabrici who stayed to battle the flames and protect his home. He did this by fitting a sprinkler system to his roof and stuffing wet rags into his guttering, which is a brilliant idea and makes him some kind of evil genius. Already some David vs Goliath type shit, Fabrici faced down the flames and then realised that he had yet to fireproof himself. Oops.

“There were spot fires everywhere, the wind was increasing, the smoke was getting thicker and I basically stayed with the house as long as I could,” 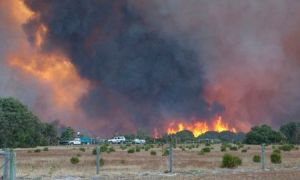 But rather than becoming yet another story of man trying to take on nature and getting pwned, Peter used his already considerable ingenuity and came up with a plan. He grabbed his scuba diving equipment and went and chilled in his next door neighbour’s swimming pool for a while. I can just imagine him, laughing soundlessly as the flames roared overhead and he flipped the fire an underwater bird. Once the flames had passed, Peter “winnar!” Fabrici exited the water and saw that his home had survived the fire.

“Without the clear vision and without a clear source of oxygen, there’s no way of staying in a situation like that. But as it turned out, it all worked beautifully and the house is still there and I’m still alive,”

Peter said afterward, as his neighbours checked the charred, blackened remains of their homes and plotted their revenge.

25 Nov This entry was written by badbabbler and published on November 25, 2011 at 1:06 PM. It’s filed under Awesome, Story Time and tagged Aussie, BAMF, brass-balls, burn baby burn, fire, McGyver, Oz. Bookmark the permalink. Follow any comments here with the RSS feed for this post.