Benedict Cumberbatch adds a touch of class to Star Trek 2 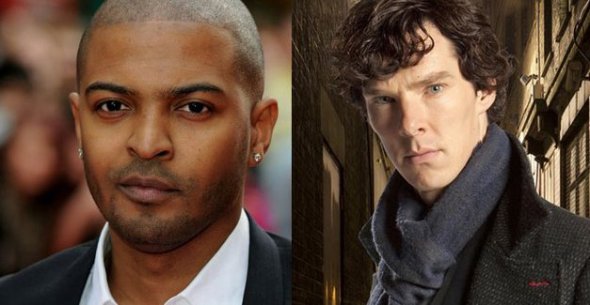 British thesp Benedict Cumberbatch, which is actually his name, his parents must have been big on Charles Dickens or something, has just been added to the growing cast of JJ Abram’s Star Trek sequel. This is Cumberbatch’s biggest role since he nabbed the part of big bad dragon Smaug in Peter Jackson’s Lord of the Rings prequel The Hobbit, along with Sherlock cast mate Martin Freeman, who’s playing Bilbo Baggins.

Other recently announced  cast members for the rebooted sequel, which wasn’t really anything more than a big dumb action movie, if you think about it, include Doctor Who alum and Kidulthood director Noel Clarke, making this a rather Anglophillic affair (thats a word right?). However you feel about Abram’s big flashy re-imagining/reboot/redux/hollywood money grabbing effort, there are some damned good actors appearing.

09 Jan This entry was written by badbabbler and published on January 9, 2012 at 7:32 PM. It’s filed under Movies and tagged cumberbatch, movies, noel clarke, sci-fi, sherlock, Star Trek, the hobbit. Bookmark the permalink. Follow any comments here with the RSS feed for this post.